Back in 1919, Clara Levkowitz moved with her family from Chicago, Illinois to Tucson, Arizona, and started the Chicago Store, named in her home city’s honor. It was a “Tienda Barata,” as you can see, and it still is today! 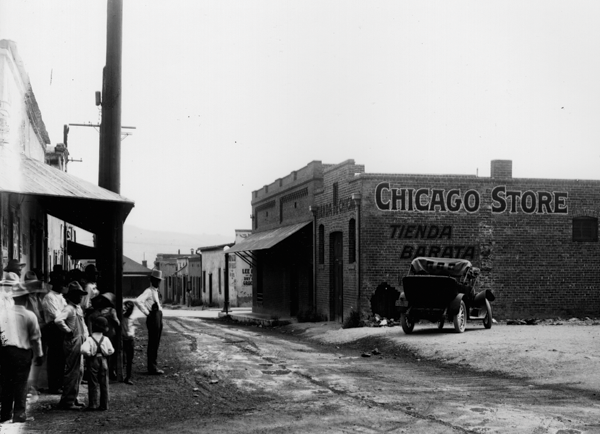 The Chicago Store bought and sold everything under the sun, from pocket watches to guns to clothing to sundries — if it was worth something, she’d handle it.

The store thrived at the corner of Mesilla and Meyer, just the first of four downtown locations Chicago Store would eventually inhabit. It wasn’t long before someone crashed a car into the building (and it wouldn’t be the last time, either!).

In 1947, after 28 years at the corner of Mesilla and Meyer, Chicago Store needed room to grow, and moved into its new home at 105 West Congress Street. 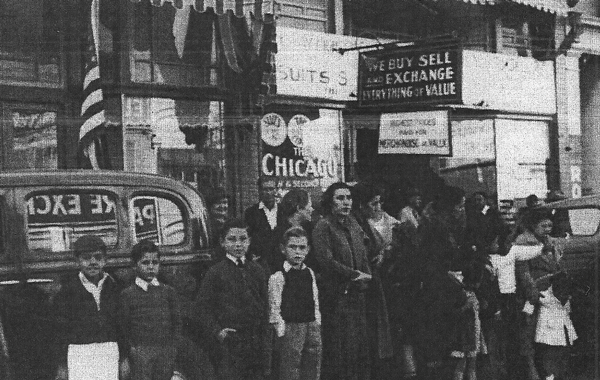 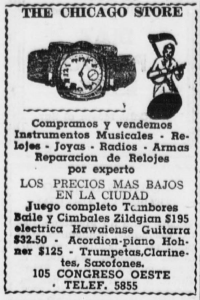 Clara Levkowitz’s sons Phil and Joe took over the business, and they continued to buy and sell anything and everything of value, inculding musical instruments!

In 1967, when Pima County needed the 100 West Congress block for its new courthouse, Chicago Store had to move again! This would be our third location, and it’s probably the one you all remember.

This beautiful old building, previously the home of a J.C. Penney store, would be our third downtown home, and easily the most famous. It was a prominently-featured location in Martin Scorsese’s Alice Doesn’t Live Here Anymore, and over time became legendary for the acres of old musical treasure to be found up on the third floor, if you didn’t mind getting dirty.

In February of 2016, we moved into our fourth and current downtown location in our 97-year history, and the store has been handed down to Clara Levkowitz’s grandson, Mark. You remember Clara, she started the store back in 1919! This is a third-generation family business! 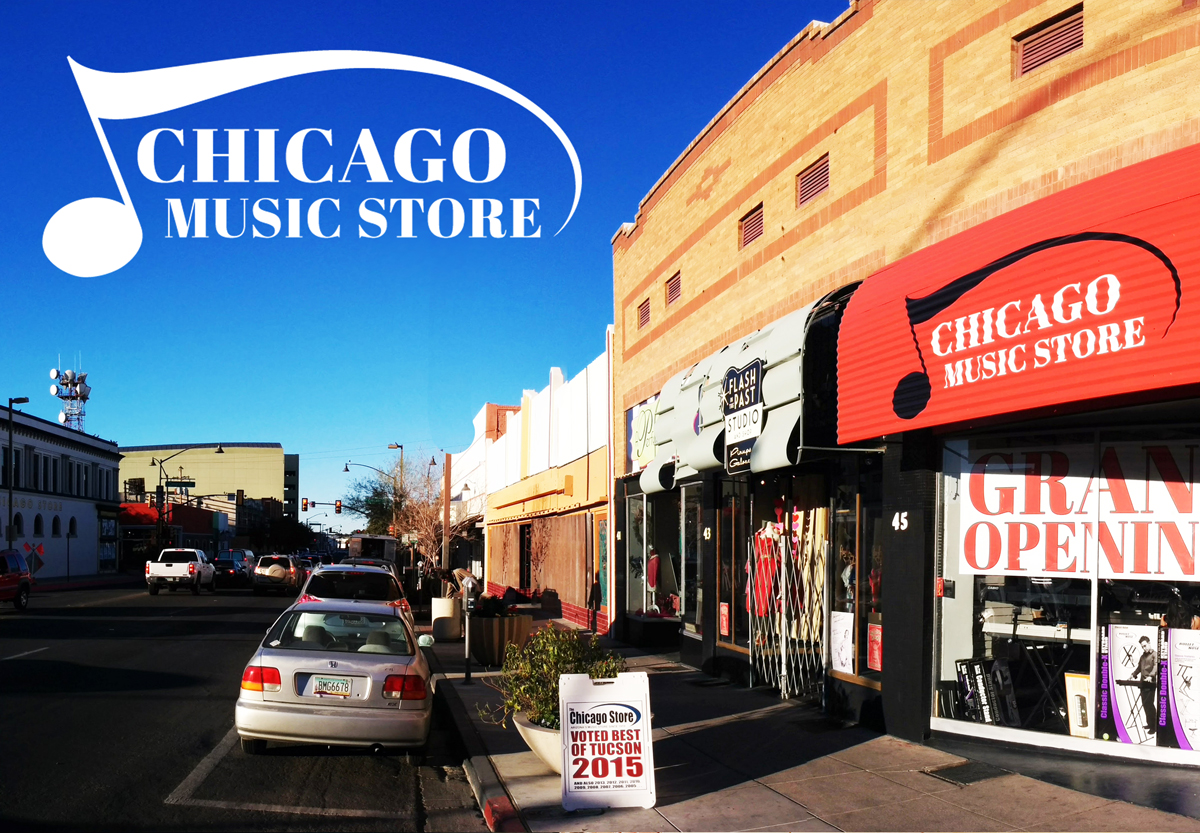 It’s at 45 South 6th Avenue. Have you seen it? It’s nice, right around the corner from our old home, right down on 6th and Broadway. There’s still plenty of free parking in the old lot across the street! 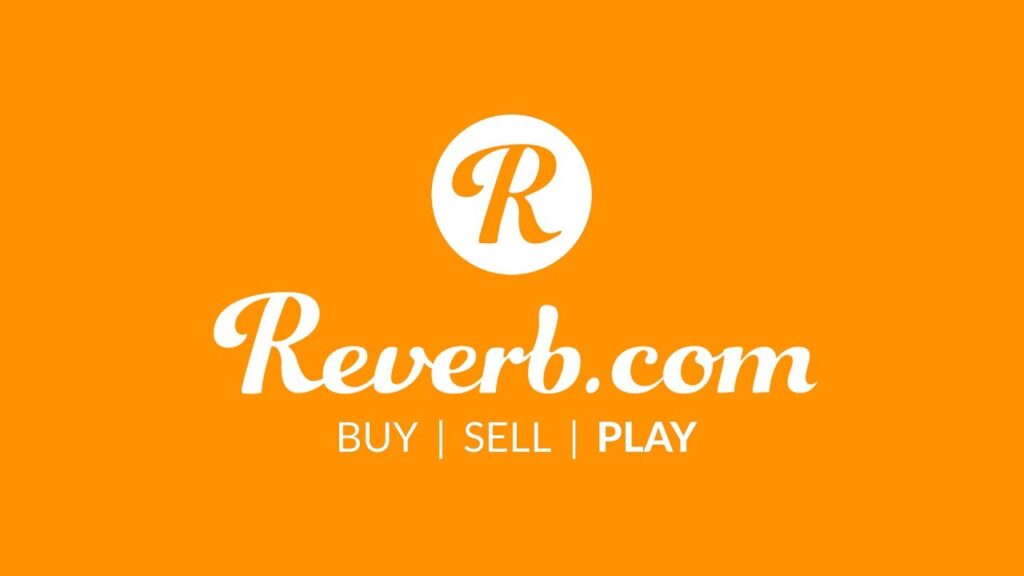 Ready to shop? Chicago Store offers financing through First Mutual Finance, and you can get pre-approved online! START NOW.